Initiative 72 was a voter-approved ballot initiative. It legalized the use of cannabis in Washington DC. It came into full effect during February 2015.

What Does Initiative 72 Include?

It allows adults of 21 of age or older to:

i) Possess two ounces or less of marijuana.

iii) Give once ounce or less to another person (21 years of age or older), as long as no money, goods or services are exchanged.

How Does One Go About Creating Law in DC?

Secondly, inspired by what he learned during his time as a coffee-shop owner in Amsterdam, plus the horrifying police raid of his Capitol Hemp store, certainly drove Alan forward.

Alan Amsterdam’s mantra is: “There is no legalization without home cultivation”. 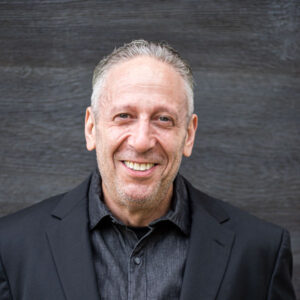 Alan and his business partner Adam Eidinger (whom he worked at Capitol Hemp with prior to it being raided in 2011) and Nikolas Schiller, formed an advocacy organization DCMJ (DC Marijuana Justice). Their goal was to securing cannabis reform in DC.

Writing any initiative however, requires legal input. Getting public support requires a wide-spread campaign and community backing. All of these things take money. Alan was one of the larger cash-donors to get this initiative rolling. Other donors helped make this a reality too.

Amsterdam was one of the largest financial contributors to the failed Proposition 19 in California, during 2010. Even though this was his first foray into getting cannabis legalized, it ensured a lot of goodwill. As a result, he received subsequent reciprocal funding to help the DC Initiative 71.

Polls Indicate Initiative Should be Pursued.

Alan and Adam financed an official poll, in order to help publicize and get the initiative put into law. The poll was to identify if voters in the District of Columbia would support cannabis reform. The results indicated overwhelming support for the Initiative.

Moreover, studies uncovered that African Americans were dis-proportionally targeted and charged with marijuana possession. This propelled the need for the Initiative. Support within the community increased.

Meanwhile, even though it seemed that all ducks-were-in-a row, obstacles appeared. Resistance came from several special interest groups, that formed just to oppose the measure. However, despite objections, Alan and his fellow campaigners managed to collect over 55,000 signatures. This number surpasses the 22,600 requirement for it to appear on the DC ballot paper.

Alan and co. submitted the final version of the ballot initiative to the District Board of Elections in January 2014. When the measure appeared on the back page of the DC ballot, (making it harder to find – perhaps?), it gained 64.87% of the DC electorate.

The fate of the measure eventually fell to the national legislative body in DC. Congress typically has a 30-day window to review and decide to accept or reject any measure. However, Congress did not act to strike down the initiative.

To this day, even after having to overcome multiple obstacles, (especially those that came from different interest groups and several Republican members of Congress), Alan never gave up.

Alan emphasizes that in life, not just in this instance, “You need to persevere and never give up”.